It's not all about Knotweed! 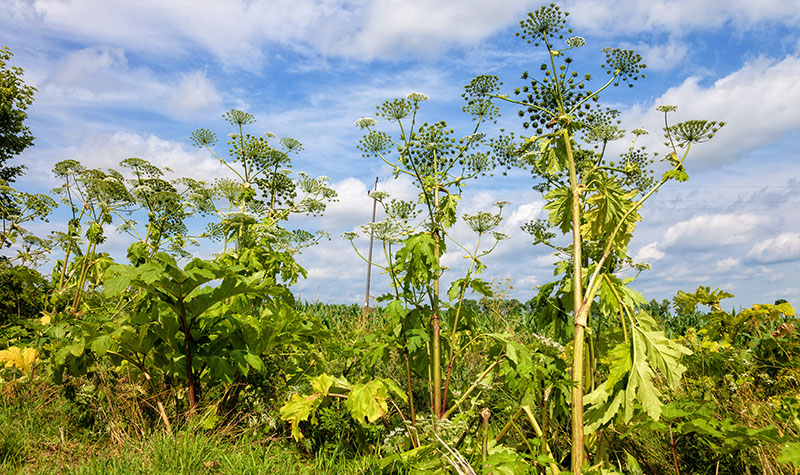 After habitat destruction, invasive non-native species such as Japanese knotweed are the most serious threat to global biodiversity.  Despite the lockdown, all of these invasive weeds have been growing strongly this summer - but it's not all about knotweed!

Our gardens have been greatly enriched by the introduction of plants from abroad but a small number (such as Giant Hogweed and Horsetail for example) have proved highly invasive in the UK, threatening natural habitats and native species. The control of these species is difficult and costly, yet many are widely available with little indication of the damage they can do if they are allowed to escape from gardens or are disposed of carelessly.

The EU Regulation on Invasive Alien plants, which became law early in 2015 and has had several updates since, has a provision for a list of species of EU-wide concern. Species that are included on the list attract the strictest measures of control, including a ban on keeping, growing or cultivating, transporting or trading, use or exchange, as well as release into the wider environment. These controls apply to individuals as well as organisations and businesses that own or hold any of these species.

Below are the 36 plants on the list which are banned from sale:

Gardeners who already have these species in their gardens are not likely to be prosecuted for having them, but will be required to meet the other provisions of the Regulation to ensure that they control the species effectively on their property and do not allow it to spread. If at all possible they should seek to remove the invasive plants altogether. Gardeners will be expected to dispose of listed plant material by burning, burial or in the green waste recycling, as appropriate.

As the EU Regulation has been transposed into UK law, it continues to be effective following the UK’s leaving the European Union, although it is unclear at the present time whether any future additions to the list of species of concern will be adopted in the UK.

At TCM, we contend with all kinds of invasive plants, and something they all have in common is that they’re best tackled early.  So, if you’re not sure what you’re dealing with, give us a call on 0330 6781077, or email us via our contact form.